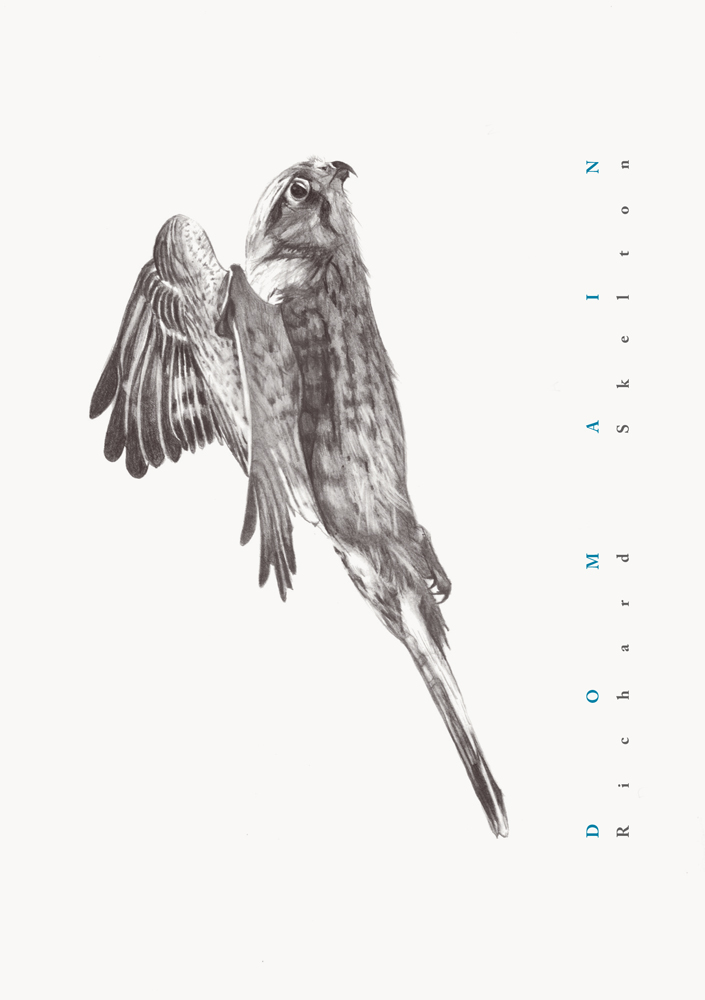 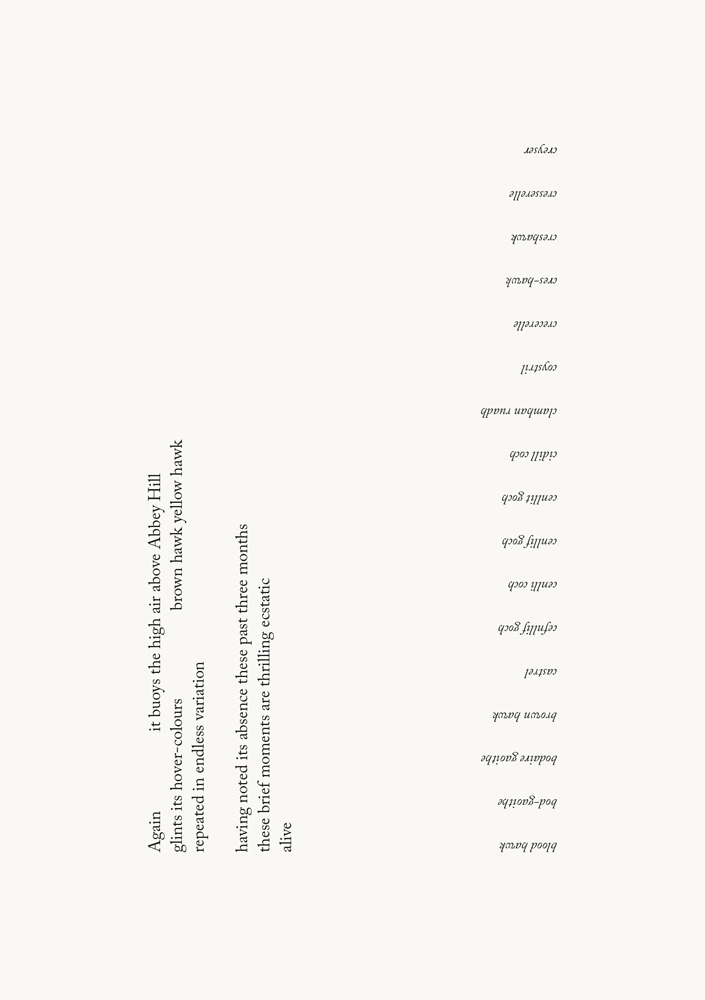 A booklet in which a poem about the kestrel (Falco tinnunculus) hovers over a landscape composed of folk-names for the bird in English, Welsh, Irish and Gaelic.

Kestrel populations are in decline in the UK. The reasons are as yet unknown, but it is thought that habitat loss is a key factor. The folk-names gathered here are something of a linguistic population count. By no means complete, the list represents a historical, rather than contemporary, survey – a form of salvage, a shoring up, an attempt to stem the tide.

Domain was first published in 2012, and is now being reissued to help raise awareness for kestrel conservation in the UK. The new edition features beautiful cover and centrefold drawings of the kestrel by acclaimed American artist Rebecca Clark.

All profits will be donated to the Hawk Conservancy Trust, who have a programme dedicated to kestrel population monitoring and conservation.