I Know Not Where 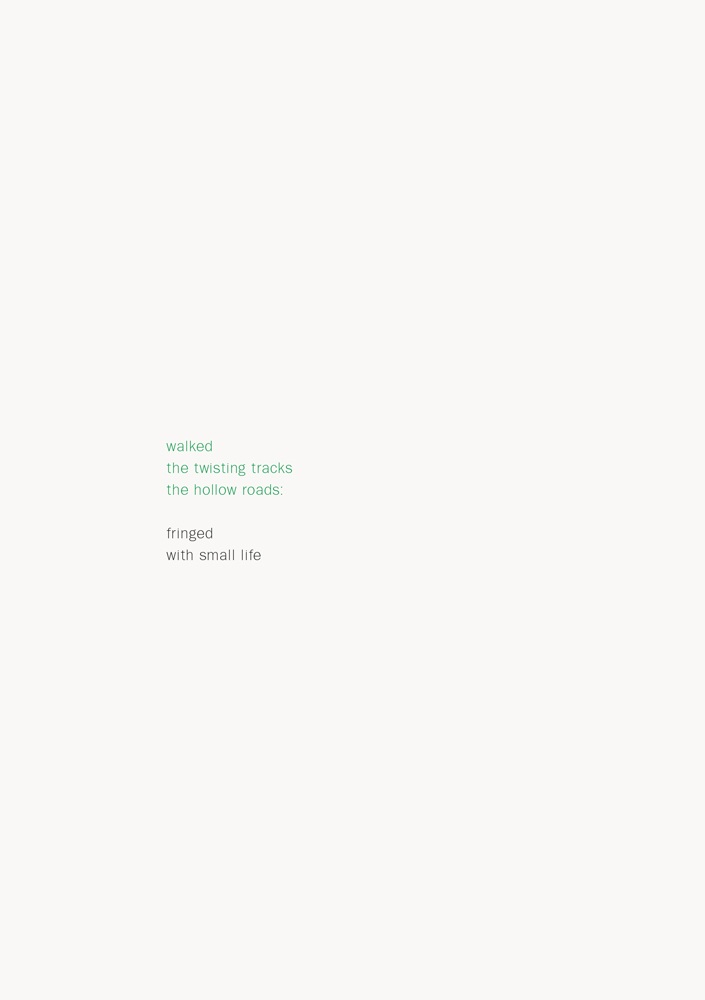 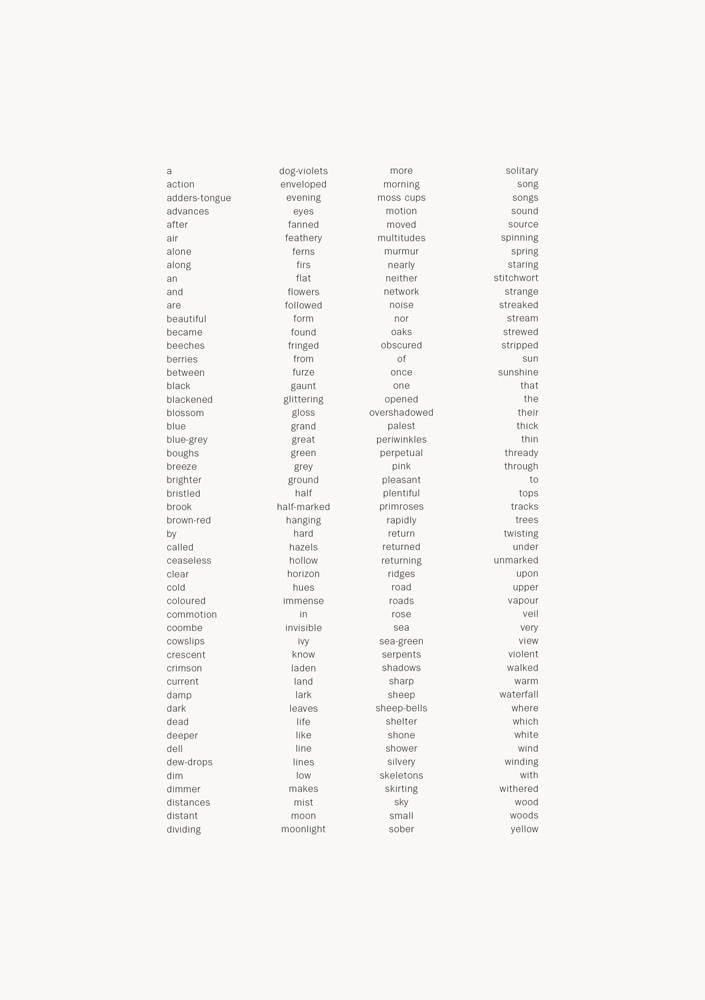 I KNOW NOT WHERE
Richard Skelton

Many of Dorothy Wordsworth’s entries from her Alfoxden journal start with the word ‘walked’, before departing, linguistically and geographically. In particular, her phrase ‘walked I know not where’ (the only entry for the 30th of March, 1798), is positively enigmatic – its ambiguity seems to invite reverie, and its indeterminacy almost solicits a kind of wayward revisiting of her own textual landscape.

I Know Not Where was originally commissioned as part of the Wordsworth & Basho : Walking Poets exhibition, hosted by the Wordsworth Trust, Grasmere, in 2014. The original printed work comprised a distillation of Dorothy’s texts, inviting the reader to wander through 200 of her words, to find their own routes, and in so doing, to write their own topographical narratives.

By way of an example, the work was accompanied by ten such word-paths, which are now reproduced in this booklet, in a numbered edition of 47, one for each line of text.

I Know Not Where is published by Corbel Stone Press.